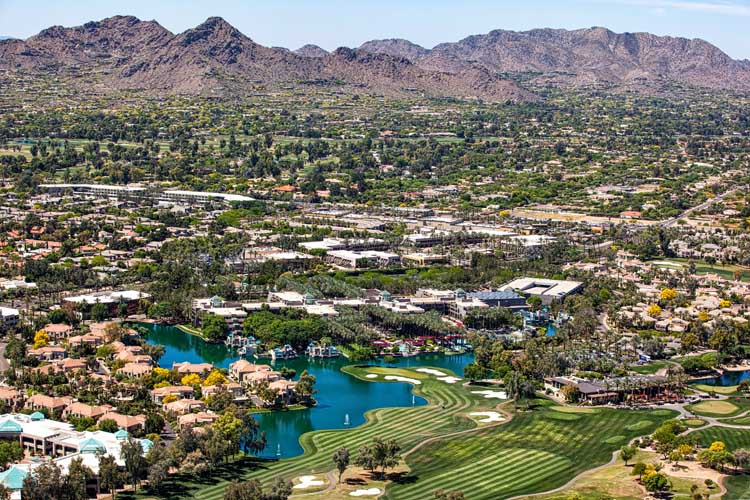 Facing a criminal misdemeanor out of Scottsdale City Court, or any Maricopa County Justice Court. Or are you facing a Felony out of Maricopa County Superior Court? We can help. Trying to navigate Arizona’s criminal procedure alone can seem daunting and overwhelming, especiallyjustice figurine in front of two people shaking hands to those who have been charged with a criminal violation for the first time. If this sounds like you or someone you know, don’t hesitate to reach out to the experienced Scottsdale Criminal Defense Attorneys at The Law Offices of Brandon White – our seasoned legal team of former prosecutors can help you understand your charges and the best possible course of action throughout your case.

Steps of an Adult Criminal Process

Depending if you are charged with a misdemeanor out of Scottsdale City Court or a felony within the Scottsdale City Limit where then your case would then be out of Maricopa County Superior Court, the exact process may differ slightly. Let’s break down the general stages of a criminal case in Scottsdale. (See helpful information from the Maricopa County Attorney’s Office for more info)

Sometimes, a prosecutor may gather a grand jury, a group comprised of at least 9 citizens. This group finds out whether there is enough evidence that a suspect should be tried of a crime.

If a judge or grand jury allows the prosecutor to charge the suspect, then the suspect, now called a defendant, must appear in front of a judge within 24 hours of their arrest.

At this initial appearance, the defendant is made aware of the charges against them, informed of their right to an attorney, and informed of the conditions of their release. For instance, a lesser, nonviolent offender may be released on their own recognizance, whereas a more serious offender might be held in jail.

If the prosecutor filed a direct complaint, then this conference is the first time that the prosecutor, also known as the State, will have a chance to resolve the case with the defendant without going to trial. This arrangement is known as a plea; the prosecutor and defense generally negotiate a lesser sentence for the defendant, but every plea agreement and case looks different. However, if the prosecutor got approval from a grand jury, then the status conference and preliminary hearing are cancelled, or “vacated.”

Once the charges are filed through direct complaint, the prosecutor presents the evidence that they believe create “probable cause” that the defendant committed the crime. This step, known as the preliminary hearing, allows the judge to determine whether a defendant should stand trial.

The arraignment happens within 10 days of the filing of the direct complaint unless the defendant has “plead out,” or negotiated a plea agreement, by this point. During the arraignment, the defendant is once more made aware of the charges against them, advised of their right to an attorney, and asked to enter a plea to their charges. It is at this point that a defendant will either plea “innocent” or “guilty” to the charges.

During this period, many important court functions are performed, such as discovery of evidence and a settlement conference. The outcomes of these meetings and procedures depend drastically on the case and your attorney’s discretion.

By this point, if the defendant has decided to accept a plea offer, then they may change their plea to guilty and proceed to sentencing.

If an agreement has not yet been reached, then a case goes to trial. During the trial, either side present evidence on their behalf to determine whether the defendant committed the crime “beyond a reasonable doubt.”

The sentencing phase is the part during which a judge officially hands down their sentence to the defendant. This is where any jail time, fines, probation, or other penalties are determined and imposed.

As you can see, the criminal process in Scottsdale and in Maricopa County can be daunting, stressful and confusing. Don’t go it alone. Our experienced attorneys, made up of former state police officers and former prosecutors, can put our experience to use for you in your Scottsdale Criminal case. Let us work towards the best outcome possible. Contact The Law Offices of Brandon White for a consultation today!

Back to All Areas