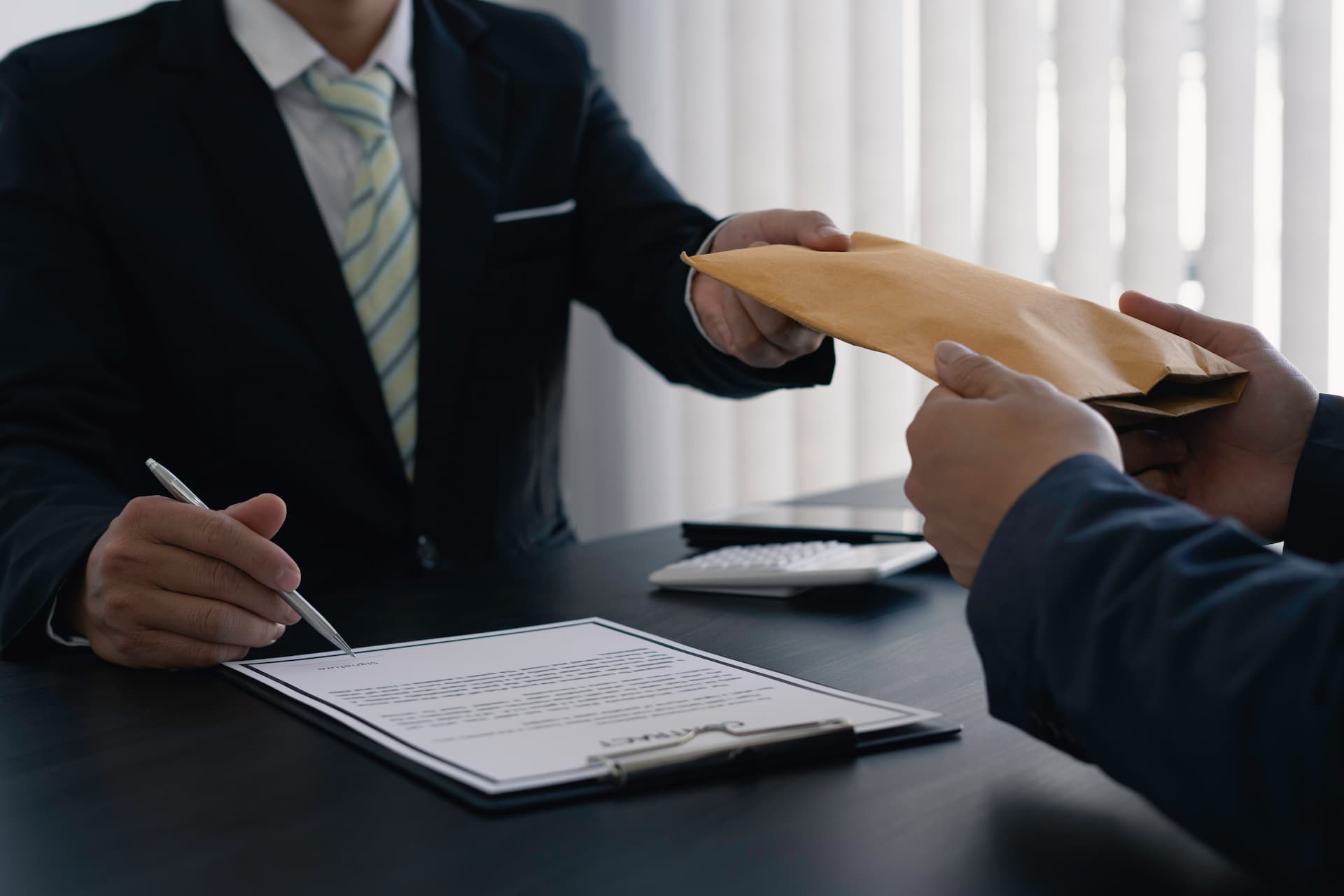 Facing charges of bribery can be both confusing and overwhelming. You probably have concerns about how these charges could affect you both personally and professionally. Convictions on bribery charges can bring serious penalties. You might wonder where you can turn for help to get out of this mess.

Fortunately, a Gilbert bribery lawyer has vast experience defending people in criminal court facing a wide variety of bribery charges. A knowledgeable criminal defense attorney could explain the charges and set your mind more at ease by advising you throughout the legal process. They would stand up to protect your legal rights and help you devise the most effective defense strategy.

What is bribery? In Arizona, a bribe occurs when one person promises or offers money, or another benefit to a second person in exchange for certain favors. A bribe is different from an independent gift because the gift in a bribe is contingent upon the giver of the bribe receiving some sort of beneficial treatment from its recipient.

People can face bribery charges if they offer or receive or agree to receive a bribe. They can also face prosecution if they solicit a bribe by directly asking for something in exchange for their services.

Bribery charges are often complicated. They can involve both federal and state law. Working with a well-versed attorney who understands all of the nuances involved in bribe charges is critical.

Regardless of the type of bribe allegation, a dedicated team of Gilbert attorneys could work tirelessly to defend the charges.

Bribery of a Public Servant

Many times, the person offered the bribe is a public official or servant. Police officers are frequently the target of bribes. For example, people try to bribe police officers to look the other way by offering them money to make a traffic violation disappear.

Other public officials can also face bribery charges when someone wants to influence them to alter their behavior. An example would be a company offering a bribe to a member of a local zoning commission. A construction company that tried to cut corners by not following through with the required environmental tests could bribe a zoning commission member to ignore the oversight and grant the company a waiver that permits them to build.

Judges presiding over a trial or even jury members can also face bribes to influence the outcome of a case.

Bribery also occurs in the business world. People can face commercial bribery charges when they offer a worker money or property to influence their actions. Sometimes, people offer or solicit bribes for workplace promotions. Other bribes occur when people pursue kickbacks in exchange for certain behavior.

Get in Touch with a Gilbert Attorney to Resolve Corruption Charges

People make mistakes. They should not have to pay for those mistakes for the rest of their lives. Other times, misunderstandings occur. People can misinterpret actions and decide that an innocent gift was meant to be a bribe.

Whether your criminal charge is out of Gilbert Municipal Court, Maricopa County Superior Court, or anywhere in Arizona. A Gilbert bribery lawyer could help if you face either of these situations. They could help clear up any simple misunderstandings. If you made a mistake, they could also help to vigorously defend you so that you do not have to suffer for that mistake forever. They would work hard to achieve the best possible outcome in all scenarios. Contact The Law Firm of Brandon White to come up with a plan of action today.