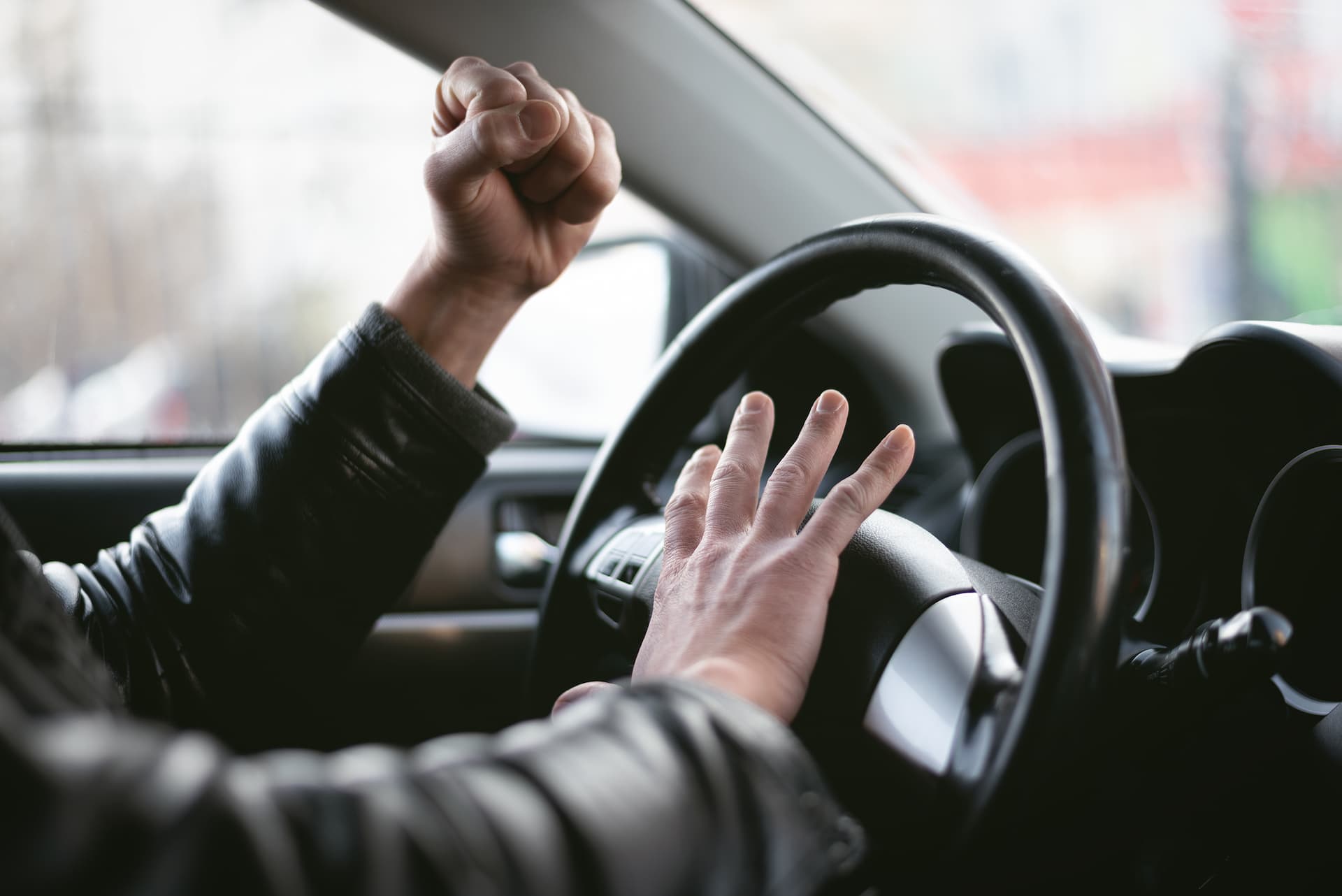 Have you received a ticket for aggressive driving? If you have, you should reach out and speak to an experienced Phoenix aggressive driving lawyer at the Law Offices of Brandon White. Our well-practiced defense attorneys could provide you with guidance to help you avoid potentially severe penalties.

What Is Aggressive Driving?

Aggressive driving in Arizona is listed under ARS §28-695, and applies to situations where the defendant motorist’s driving poses an immediate hazard to another person or vehicle, while speeding and also doing at least two of the following:

The basic definition of aggressive driving is: Immediate hazard + speeding + two of the above moving violations.

Aggressive driving is classified as a class one (1) misdemeanor in Arizona. To give you an idea of the seriousness of this, DUI in Arizona is also considered a class one misdemeanor. Similar to a DUI or any other criminal charge, the case will be assigned to a prosecuting attorney who works for the state or city in which the offense occurred. Further, if you are found guilty or are convicted of aggressive driving, Arizona MVD will apply eight points on your driver’s license. Accumulating large numbers of points on your license can cause your insurance rates to go up and put you at risk of getting your license suspended.

Possible additional punishments for a conviction of aggressive driving is that the judge could order a person to attend traffic survival school and/or suspend their driver’s license for up to 30 days. The maximum range of penalties for any class one misdemeanor is up to one year of probation, up to six (6) months in jail, and a fine of up to $2,500.00 plus an 84 percent surcharge.

If a person has been convicted of aggressive driving within 24 months of the newer conviction, then they could possibly receive a driver’s license revocation by the Motor Vehicle Division for up to one (1) year.

If you receive an aggressive driving charge, or any criminal charge, do not go handle it alone.

Let one of our local attorneys help you navigate the process.

Many of the possible defenses to aggressive driving involve attacking one or more of the required elements (speed or one of the other two required offenses). For example, if you can prove that you were only speeding, and not committing other offenses, then you could attack the fact that all of the elements have not been met.