How to Get Felony Drug Charges Dismissed? 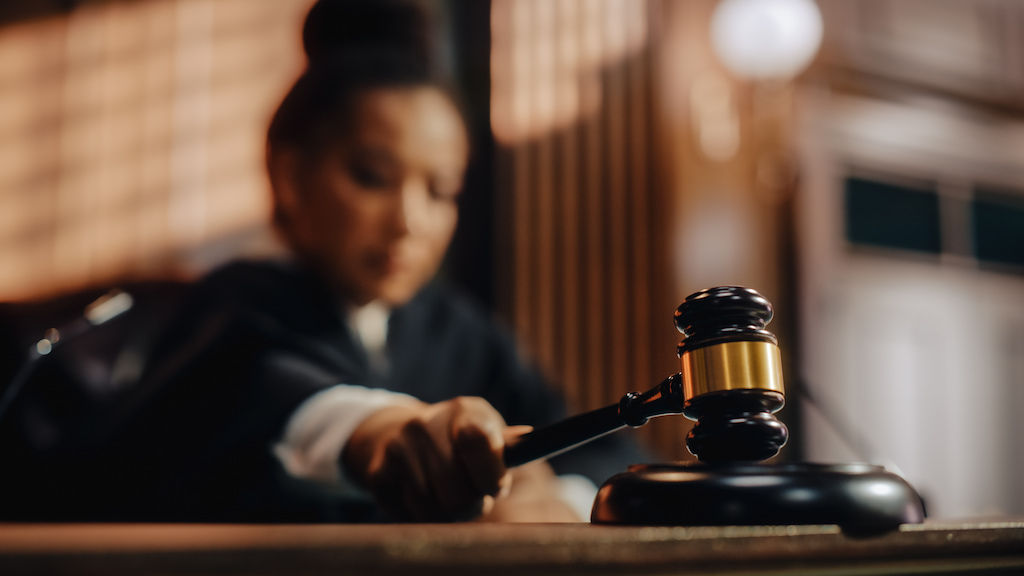 How to Get Felony Drug Charges Dismissed?

Drug crimes can either be misdemeanors or felonies. Felony drug charges often mean more severe consequences and require the assistance of a criminal defense attorney. A lawyer can review your charges and determine where there are drug law loopholes.

Defendants often wonder if felony drug possession charges can be dropped. The simple answer is yes, with the help of a knowledgeable lawyer.

The Law Offices of Brandon White, P.C., represent clients across the state of Arizona. If you want to beat felony drug charges, let our attorneys help you get a fair outcome.

What Is a Drug Crime?

A drug crime is a crime related to illegal substances. There are several different types of drug crimes, including:

What Drug Charges Are Felonies?

Not all drug charges are classified as felonies. Therefore, you may ask, “What constitutes a felony drug charge?”. Below are the drug charges that fall under a felony classification.

Individuals in Arizona cannot knowingly possess or use marijuana. If law enforcement finds marijuana on your person, in your bag, in your car, or anywhere else around you, you may face charges for possession of marijuana in Arizona.

Possession of marijuana charges can be either misdemeanors or felonies, depending on certain factors, including the amount of marijuana you possessed and whether you’ve faced criminal charges in the past.

Drug paraphernalia refers to anything used to grow, manufacture, produce, process, prepare, package, store, contain, conceal, or consume controlled substances. In Arizona, it is illegal to possess, use, deliver, or promote the sale of drug paraphernalia.

Possession of a Controlled Substance

A drug possession charge can refer to actual or constructive possession. Actual possession simply refers to the substance being on the person physically.

Possession for sale means the person was possessing an illegal substance with the intention to sell it.

If an offender has drugs that meet the state’s threshold amounts, it is assumed the individual had the drugs with the intent to sell them. The threshold amounts are different for every drug, including meth, LSD, and marijuana.

It’s not uncommon for individuals to face multiple charges, including possession of drug paraphernalia, along with possession for sale.

Illegal Manufacture of a Controlled Substance

Every drug sold has to come from somewhere. Possession and distribution are illegal, and manufacturing drugs are as well.

In Arizona, it’s a felony to produce, manufacture, compound, or process illegal drugs. There are many kinds of drugs commonly produced for delivery in Arizona and around the United States, including:

Simply engaging in the manufacturing process can result in an individual facing manufacturing drug charges; finishing the process is not necessary.

Drug trafficking refers to the importation, exportation, transportation, or selling of a controlled substance. It is similar to charges for drug dealing, but trafficking involves a much greater amount of drugs.

Arizona does not have a specific drug trafficking statute, but there are other types of crimes that would fall under the definition of drug trafficking, such as possession with intent to deliver. However, these charges would involve an excessive quantity of drugs.

What Are the Likely Penalties of Drug Charges?

Penalties for drug felony charges vary by drug charge and depend on the drug crime laws, amount of drug, type of drug, and number of previous offenses.

Typically, penalties for drug charges include:

The general list of drug charges and sentences is as follows.

For possession of marijuana, penalties are divided into categories depending on how much marijuana the offender possessed — either under two pounds, two to four pounds, or over four pounds.

Felony class depends on the amount of marijuana and whether it was for personal use, for sale, produced, or transported. Consequences include drug treatment, probation, or jail time.

Penalties for possession of drug paraphernalia depend on the class of felony and whether there are any previous offenses, but they could include jail time and fines.

Consequences for charges for possession of drugs rest upon the type of drug (narcotics, dangerous drugs, etc.) and any previous offenses. Penalties can include probation for first-time offenders or jail time.

Similar to simple possession charges, possession-for-sale penalties depend on the type of drug and amount. Consequences could include jail time or strict probation.

Illegal manufacturing charges can potentially land an offender in prison for many years, based on the type of drug and the number of previous offenses.

Drug trafficking can be anything from a class six to a class two felony, so penalties vary. As there is no specific drug trafficking law in Arizona, jail time depends on the exact charges the offender's faces.

What Happens When You Get a Felony Drug Possession of Trafficking Charge?

When you’re charged with a drug crime, several events will occur before you’re formally charged.

You’ll likely be apprehended by law enforcement. Usually, police stop you for something entirely unrelated before they learn of the illegal possession.

For example, you may be pulled over for driving with a broken taillight. During this unrelated stop, law enforcement may determine you’re in possession of illegal substances.

Law enforcement must have a valid reason to stop you. If they do not, this could seriously hinder the state’s case against you.

After You Are Apprehended by Police

Once you’re apprehended by police for drug possession, law enforcement will transport you to the local police station.

At the station, you’ll go through the booking process. An officer will perform certain tasks, including taking your photo and fingerprints, recording your personal information, and performing a search for your criminal background.

Once You Are Put in Jail

Once you’re booked, you’ll go to court for your initial appearance within 24 hours of your arrest. During this court appearance, the magistrate will detail the charges against you, inform you of your constitutional rights, and determine whether you can be released from jail.

If you’re able to be released, the magistrate will also determine the conditions for your release.

How Drug Cases Get Dismissed: Tips and Strategies

Are you wondering how to win a felony drug case? Our legal team uses various methods to get your case dismissed.

Below are some of the common defense strategies used to fight a drug possession charge.

The Fourth Amendment of the U.S. Constitution protects individuals from unlawful searches and seizures. This means officers cannot enter your home without probable cause and a warrant. Should law enforcement breach your Fourth Amendment rights, any evidence seized could be inadmissible against you.

Entrapment occurs when law enforcement sets an individual up to commit a crime they otherwise would not have committed. Law enforcement can often easily manipulate individuals and situations.

If you’re wondering how to beat federal drug charges, keep in mind that plenty of cases involve entrapment. This might apply to you.

Your defense lawyer can work with the prosecution to get you a plea bargain for felony drug charges. A plea bargain can lower charges and sentences in exchange for a guilty plea. Your attorney can determine whether this is a viable approach for your case.

Proof of Substance/Lab Tests of the Alleged Drug

In many cases, something that simply looks like an illegal substance is not good enough evidence — it requires crime lab analysis for verification. If the state fails to provide solid proof that the substance is an illegal drug, your case could beat a manufacturing charge.

This defense is common when the drugs are someone else’s and you’re looking to beat a distribution charge.

For example, if you were driving another person’s car and police found drugs in the glove compartment, it does not automatically mean they were yours. In these situations, the state has the burden to prove the drugs did in fact belong to you.

Defendant Has a Prescription

If you’re able to provide proof you have a valid prescription for the drugs in question, it could fight a drug possession charge. Your defense lawyer can help you get the evidence you need to prove you have a prescription.

Proof of Knowledge or Intent

The state has a burden to prove certain details for your drug case, including knowledge or intent. If the state cannot prove you had knowledge of the drugs or an intent to distribute the drugs, this can result in dropped charges.

Can Felony Drug Charges Be Dropped?

Simply put, yes, felony drug charges can be dropped. However, seeking to have charges dropped does require the knowledge and skill of an experienced drug charge attorney.

The legal team at the Law Offices of Brandon White can provide the kindness you need during a trying time while crafting an aggressive and effective defense strategy.

The sooner you allow us to begin working on your case the better. As soon as you’re charged with a felony drug crime, contact our office to schedule a meeting with one of our qualified drug charge lawyers.

Below are answers to some of the most frequently asked questions regarding drug charges. If you need more information, a drug charge attorney can address your specific questions and concerns.

How much is bail for a felony drug charge?

There is no specific amount of bail for felony drug charges.

During the initial court appearance, the magistrate sets bail based on several factors, including the nature of the drug offense, past criminal history, and any danger posed to the community.

How much jail time for a felony drug charge?

The amount of time an offender faces in jail for a felony drug charge depends on the type of drug charge and felony class. Jail time can range from months in prison to several years.

Can you get probation for a felony drug charge?

Yes. Whether you’re able to get probation depends on your particular situation and the details of your charges. In some cases, first-time offenders may be eligible for probation instead of jail time.

After getting probation, many also wonder, “Can drug felony be expunged?” While this is unlikely in Arizona, you can discuss your concerns with your drug charge attorney.

What Is the Statute of Limitations for Drug Charges in Arizona?

Statutes of limitations limit the amount of time during which the state can charge a person for a crime. In Arizona, the statute of limitations for drug charges is seven years from the date of the arrest.

What Is Probate in Arizona: AZ Probate Laws

What Is a Letter of Instruction and How Do I Write One?